What is CloudReady? Is it a viable alternative to Chrome OS?

Willie Ash January 6, 2022 OS Linux Comments Off on What is CloudReady? Is it a viable alternative to Chrome OS? 14 Views 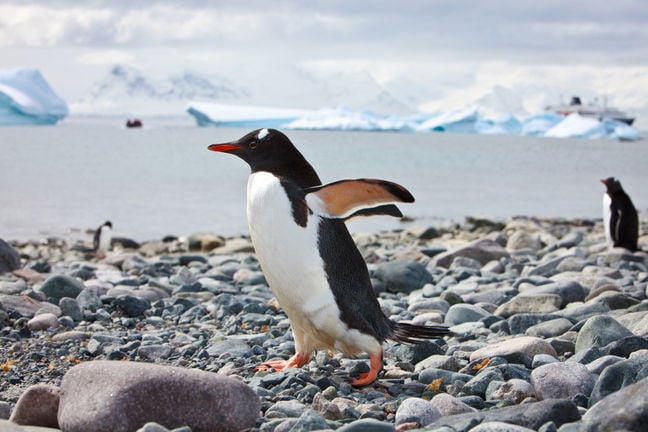 CloudReady is becoming increasingly popular, especially among people with low-end hardware. So I decided to take a look and share my findings with you in this article.

CloudReady is an operating system based on the open source Chromium OS code base from Google. Neverware, the organization behind CloudReady, developed the CloudReady operating system for use on existing PC and Mac hardware and guarantees an increase in performance on this hardware due to its minimal hardware requirements. Basically, CloudReady turns your older computer into Chromebooks. Neverware was taken over by Google itself in late 2020.

Before I share my experiences and opinions on it, let me tell you a little more about it.

Is CloudReady Right For You?

CloudReady is primarily aimed at institutions that would benefit from Chromebook-like devices but have already invested in hardware. Here are a few examples that come to mind:

Here are the minimum hardware requirements for running CloudReady:

If you’re wondering if your current netbook will work well with CloudReady, Neverware has published a list of netbooks that are certified to run CloudReady. There are currently over 450 certified models. You can compare your model with the official list at this link.

How does CloudReady fare with Chrome OS?

If your primary goals are any of the following, you will be satisfied with CloudReady:

When you hear the words, “It’s a Chrome OS-based operating system,” you’d assume that it can at least run Android apps.

Unfortunately, this is not the case. There is no support for Android Runtime (ART) framework / service for Open Source Chromium OS and is therefore not available in CloudReady. Neverware did not consider adding Android Runtime to CloudReady for several legal and technical reasons.

This, in turn, prevents you from even sideways loading an APK as these Android apps cannot run.

When I tried to launch the Play Store from the app drawer, the Google Play Store website opened for me in the browser. So bad news on this front … But since CloudReady is based on an operating system that is “web-focused,” my Chromium browser extensions seem to be working fine.

So, if you’re looking to use your old laptop as a non-touch tablet with CloudReady, you’re a little unlucky.

Why is there CloudReady at all?

You may have wondered why, if Chrome OS already exists, why did Neverware use its resources to create a “clone” called CloudReady?

If you take a close look at devices with Chrome OS, they are pre-built devices. This indicates that Chrome OS is only available to OEMs that make Chromebooks.

With Microsoft’s Windows, OEMs get Windows to preinstall, and a separate ISO is also available for users to download. However, Google doesn’t provide you with an ISO that you can use to install Chrome OS on your computer.

Hence the need to build an operating system based on the Chromium OS code base. Something you can install on your existing PC and Mac hardware.

Not only does Neverware give you the option to install a Chromium OS-based operating system, it also offers options for enterprise users who want official support for their operating system. This is what you get with CloudReady.

CloudReady offers three editions: Home Edition (free), Education and Enterprise (both paid). If you want to try it out first, the obvious choice is to go with the Home edition first.

Neverware will not provide you with an ISO. However, Neverware gives you a tool to create bootable USBs with the USB Maker tool, it’s Windows only.

Neverware also gives you a RAW file that allows you to manually create a bootable USB flash drive from any operating system with the Chromebook Recovery Utility extension from any Chromium-based browser.

Since Neverware does not provide an ISO, if you want to try it out as a virtual machine, Neverware provides a “.ova” file with. However, this “.ova” file does not work with VirtualBox. It is intended for use with VMware.

Ubuntu Web: An Alternative to ChromeOS and CloudReady?

If you were hoping to use CloudReady on your old computer or laptop but were disappointed with the fact that ART isn’t in CloudReady, maybe try Ubuntu Web.

As the name suggests, it is a Linux distribution aimed at people looking for Chrome OS alternatives.

Ubuntu Web has the same well-known Ubuntu base that gives you the option to sync with / e / Cloud, a privacy-focused alternative to Google’s cloud sync services.

The icing on the cake is that Ubuntu Web comes with Waydroid by default.

In case you were new to Waydroid, it’s a “container-based approach to booting a full Android system on a regular GNU / Linux system”. This means your Android apps are running (as opposed to CloudReady).

CloudReady seems like a great option for companies that want to deploy a centrally managed Chromium OS-based operating system but don’t want to invest in Chromebooks.

It might also be a good option for home users with low-end hardware, but we already have plenty of lightweight Linux distros for this.

Have you used CloudRead before or is this your first time hearing about it? What is your general opinion on this project?

IBM outlines update to iOS for power servers • The Register